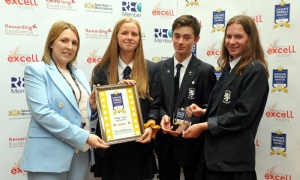 We’ve been bursting to share the fantastic news that Queen’s Park High School has once again been announced as a winner at this year's Cheshire Schools Awards, organised by Reach plc and sponsored by Excell Supply Limited.

The Celebratory Awards event hosted by Granada TV presenter Lucy Meacock was held in June at the Queen Hotel and celebrates the hard work, dedication and achievements of schools throughout the county, the children who attend them and the staff who inspire them.

This year we took great pride on hearing Queen’s Park High School had qualified as a finalist in not just one but three award categories; ‘Inspirational Teacher of the Year’, ‘School in the Community’ and ‘Team of the Year’. 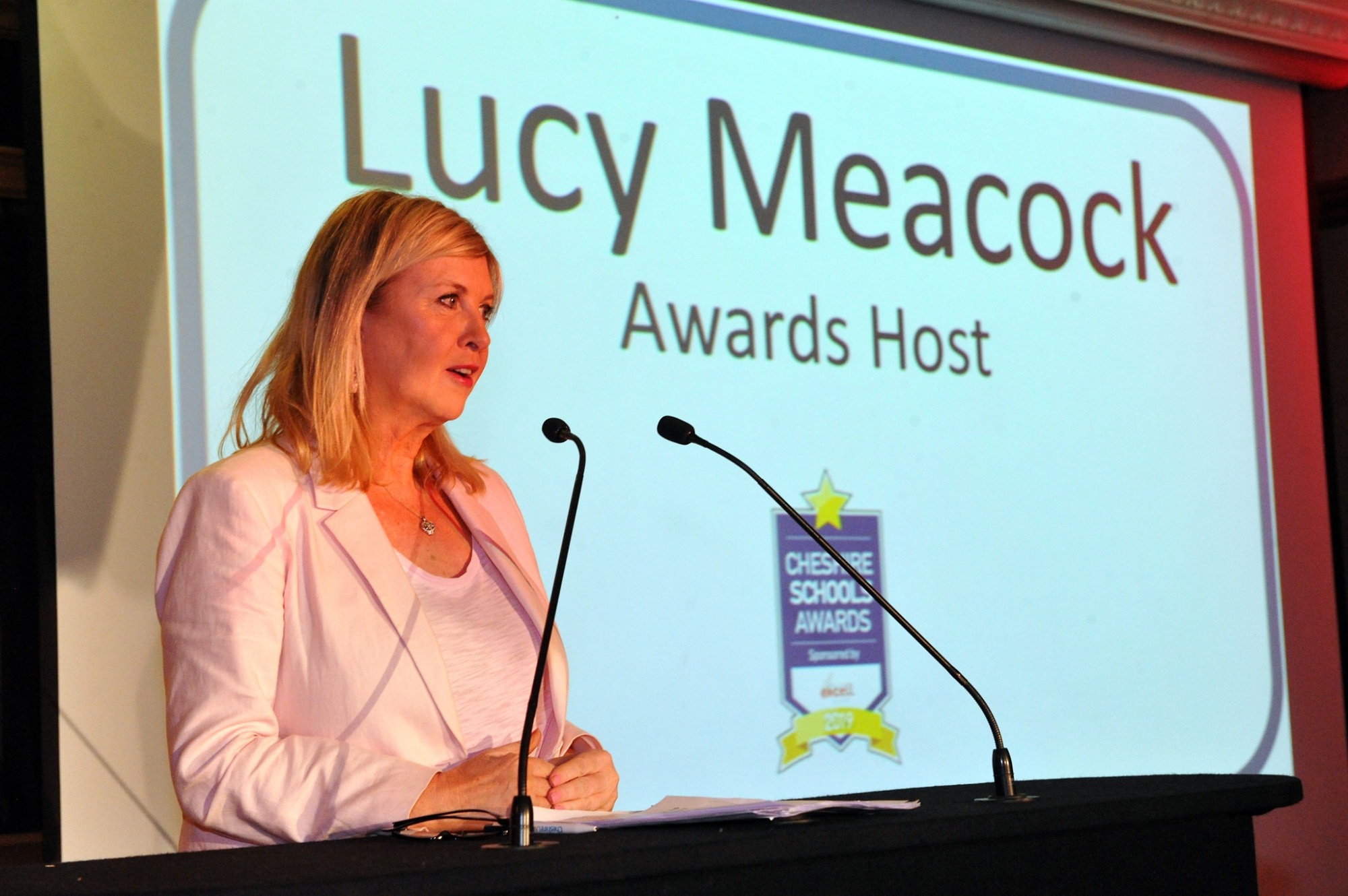 All finalists including staff and students were invited to the ceremony where the winners of ten award categories were revealed. On announcing the winner of Class/Team of the Year Award, Year 10 students Beth Henderson-Palmer, Tyler Gordon and Kiara Parlevliet (on behalf of ‘Team Dunkers’) along with Miss Finola Sutton (Achievement Leader for Science) were called to the stage to accept the award.

This genius Stem Club team have had an astonishingly successful year. They have gone from strength to strength, winning the regional heats at The Big Bang and then representing the school at The Big Bang National Finals achieving the runner up prize for the prestigious Junior Science award. The team of seven which also comprise Rory Jones, James Fawcett, Adam Thomas and Maddy Lewis have worked tirelessly during after school STEM club to perfect their inspirational and unique invention - the biscuit dunking machine! Their outstanding teamwork has now been recognised by the Cheshire Schools Awards - another incredible achievement! 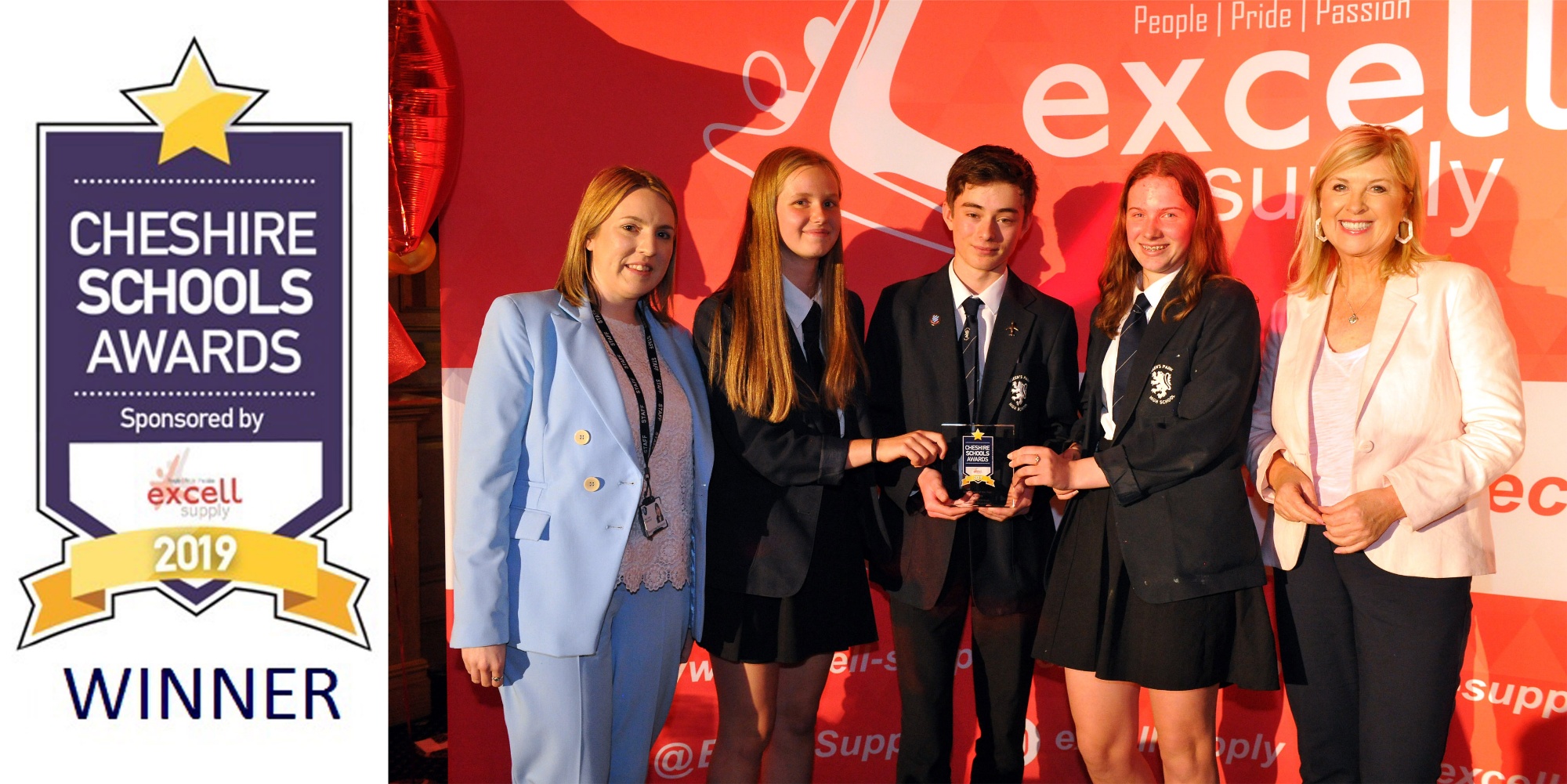 “It's fantastic to be a part of the continued celebration of our multi award winning STEM club. The students have worked hard together throughout the year and it's great to see that this has been acknowledged by so many people.”

Miss Watterson added, “As individuals and as a team they have proved themselves to be outstanding ambassadors for the school as well as budding scientists of the future.”

We are also delighted for Mr Parker, Curriculum Team Leader for Art & Design and our Sixth Form Leadership Team who were announced runners up in their respective categories, Inspirational Teacher Award and School in the Community Award.  Well done and congratulations to all our winners!

This is the third year the school has been recognised for their outstanding achievement at this prestigious event. In 2017 Head teacher Miss Watterson was awarded the Secondary School Headteacher of the Year Award and last year the school were announced the winners of the Communication award.

We hope we can continue this winning streak into 2020!