Staff at Queen’s Park High School are currently in training for the Equinox 24 hour race in an effort to raise funds for The Clatterbridge Cancer Charity and The Royal Marsden Cancer Charity.

Following their success in 2018, six of our teaching staff (Mr Johnson, Mrs Cutler, Mrs Cogger, Mrs Tonon, Miss Hunter and Mr Taylor) are setting themselves a physically and mentally tough challenge by participating in the Equinox 24 hour race on 21st and 22nd September. This ultimate test of endurance takes place on mixed terrain around the picturesque Belvoir Castle Estate in Leicestershire. The team will be running ten kilometre laps of the castle grounds in a continuous relay from midday Saturday until midday Sunday in order to raise money for cancer charities.
As part of this fundraising, Mr Johnson also hosted a family music quiz at school on Friday 13th September aimed at both adults and children, which gave everyone a chance to test their musical knowledge from the sixties up until the present day. Over the course of the evening they managed to raise an incredible £820.40 which will be split equally between the two charities! Thank you to everyone who attended, supported and contributed to the raffle. 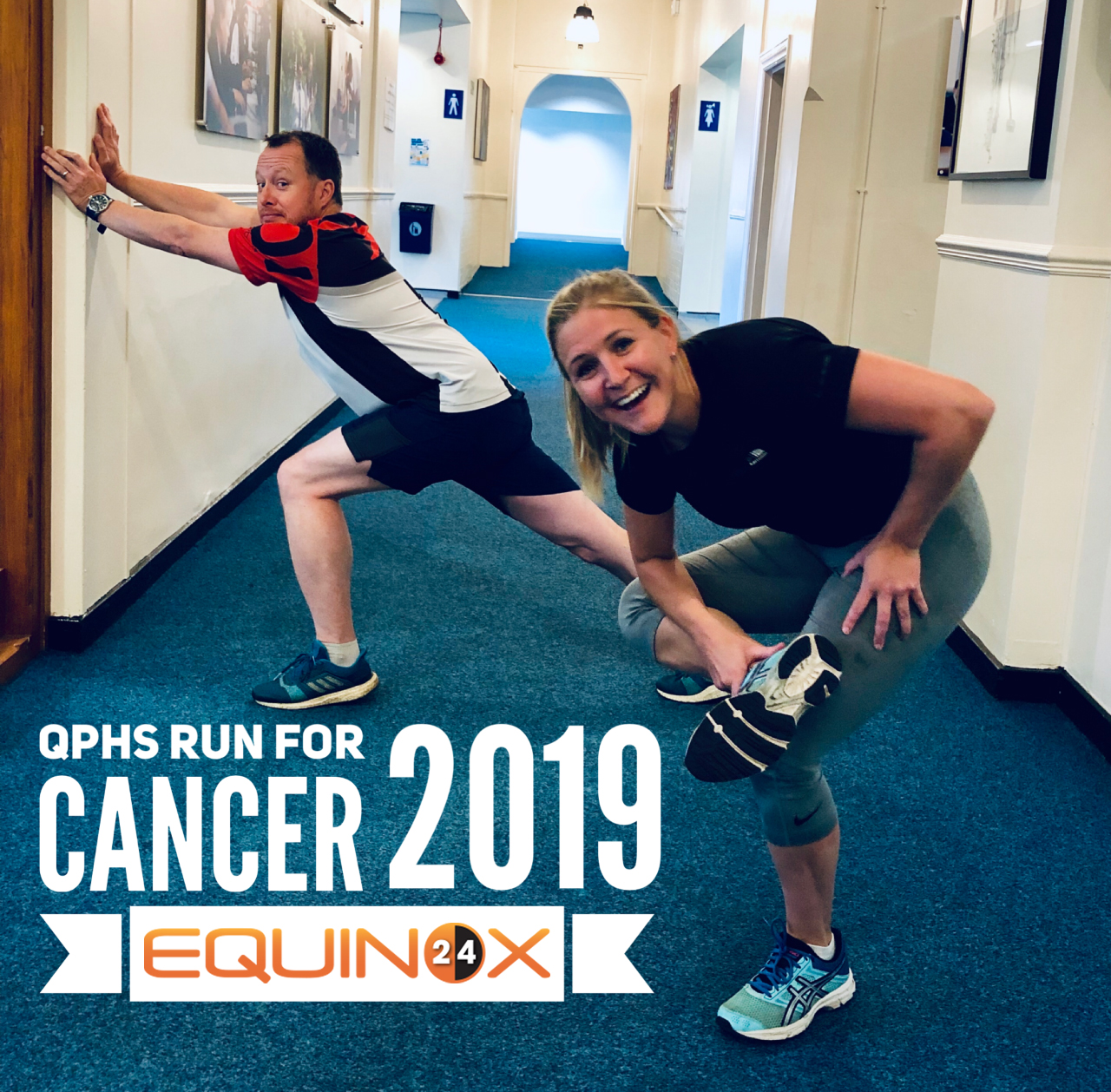 If you were unable to attend the quiz, but would like to sponsor the staff in their exhilarating and testing endeavour, a fund raising page on the Just Giving website under the name Queen’s Park High School Run for Cancer 2019 has been set up (link below):

We hope you are able to support this very worthy cause.