We Will Rock You

Queen’s Park High School has a fantastic history of producing high quality productions that enable our students to excel in the performing arts both on and off stage and this year was no exception!

Students have been busy rehearsing for what has been one of our best sell out shows to date, "We Will Rock You"; the juke box musical based on the songs of iconic British rock band Queen and book by Ben Elton.

With over 100 students involved on stage and behind the scenes, this production has been a great team effort full of hard work and commitment for the past term.

As part of the preparations for the show, the main cast, band and senior crew members were given an exciting opportunity to take part in an intensive rehearsal weekend at the Conway Centre in Anglesey.

The lead roles of Galileo and Scaramouche are played by Year 11 and 13 students Louis Frier and Ceri Raynor who are both exceptionally talented performers with ambitions to take the performing arts further as a career. 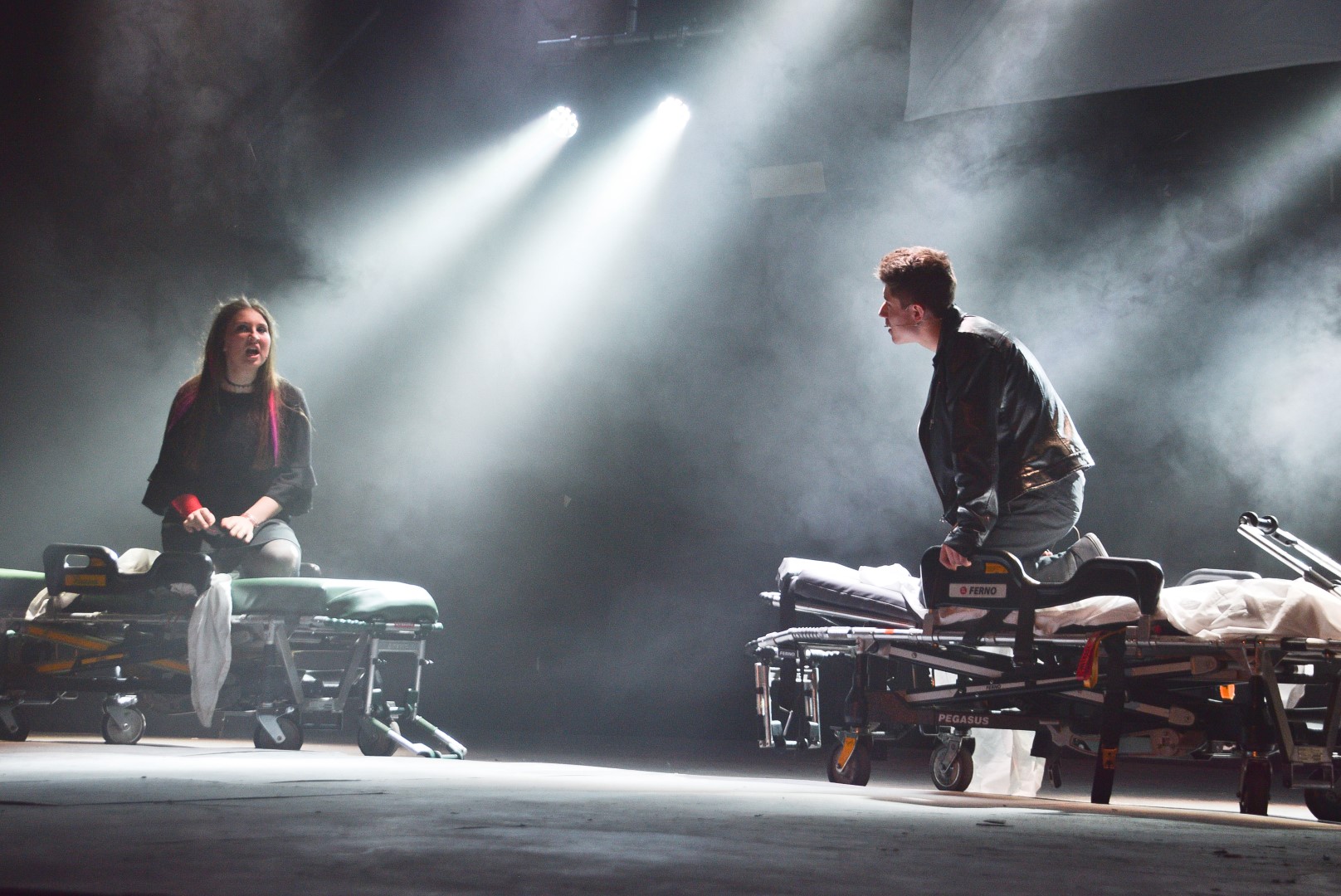 With the main cast ranging in age from Year 7 to Year 13, they bring with them an array of experiences and raw talent.

“It has been a wonderful experience working with such a large vibrant cast for the past three months.  All of the students have shown great commitment to the show and have worked hard in sometimes quite challenging circumstances.  Well over 100 students auditioned to be a part of this production and it was a challenge to cast as we were fortunate to have so many talented students wanting to take part.  We are sure that the hard work will pay off on the night and are looking forward to seeing all of Queen’s Park talent in action. The talent of the band and crew are all testament to the development of a range of skills in the show.”

“We Will Rock You” schools edition was performed for over 400 students and staff of local primary schools during two matinee performances as part of a seven show run over the final week of what has been an incredibly successful half term at Queen’s Park High School.