A genius team of Year 10 students from Queen’s Park High School were one of three schools in the country chosen as runners up in the Young Science Award at The Big Bang National Finals in Birmingham during British Science Week 2019.

The Big Bang UK Young Scientists & Engineers Competition is a national competition for young people to showcase their impressive science, technology, engineering and maths (STEM) projects and to reward and recognise their achievements.

The semi-finals for this competition took place at The Big Bang North West in Liverpool last year where a team of budding scientists and engineers in Year 10 from Queen’s Park High School were announced as one of the finalists for their ingenious & inspirational idea – the biscuit dunking machine!

The team of seven, comprising Beth Henderson Palmer, Kiara Parlevliet, Maddy Lewis, James Fawcett, Adam Thomas, Tyler Gordon and Rory Jones, competed against other schools from around the region and successfully impressed the judges with their innovative invention. The students have been investigating which biscuit is best to dunk in a cup of tea without it falling apart. To do this, they have designed and built a biscuit dunking machine which will systematically dunk the biscuit into a brewed cup of tea. Students have been working on analysing data from their results and creating their own 'ultimate, invincible biscuit' that is perfect for dunking! 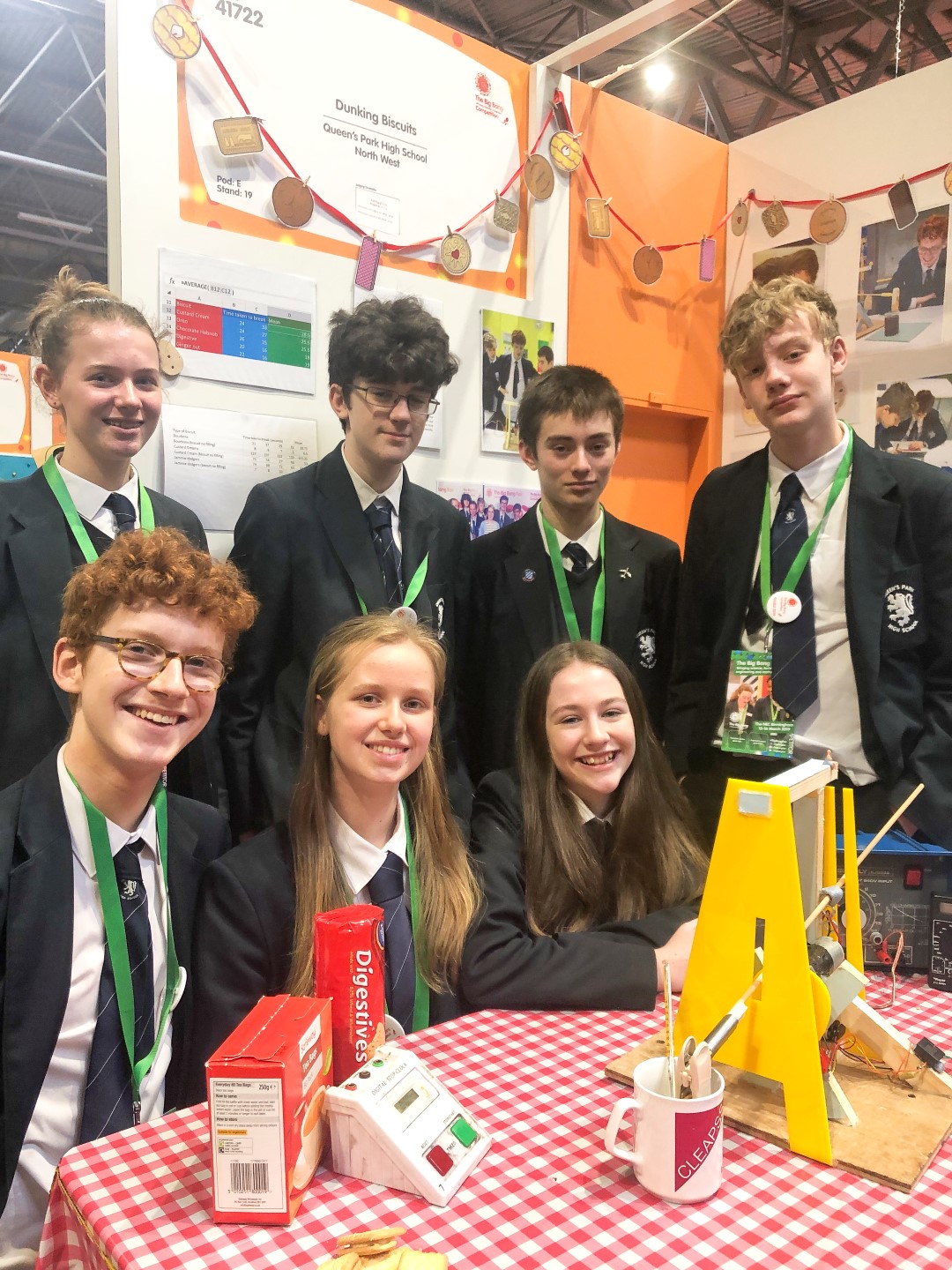 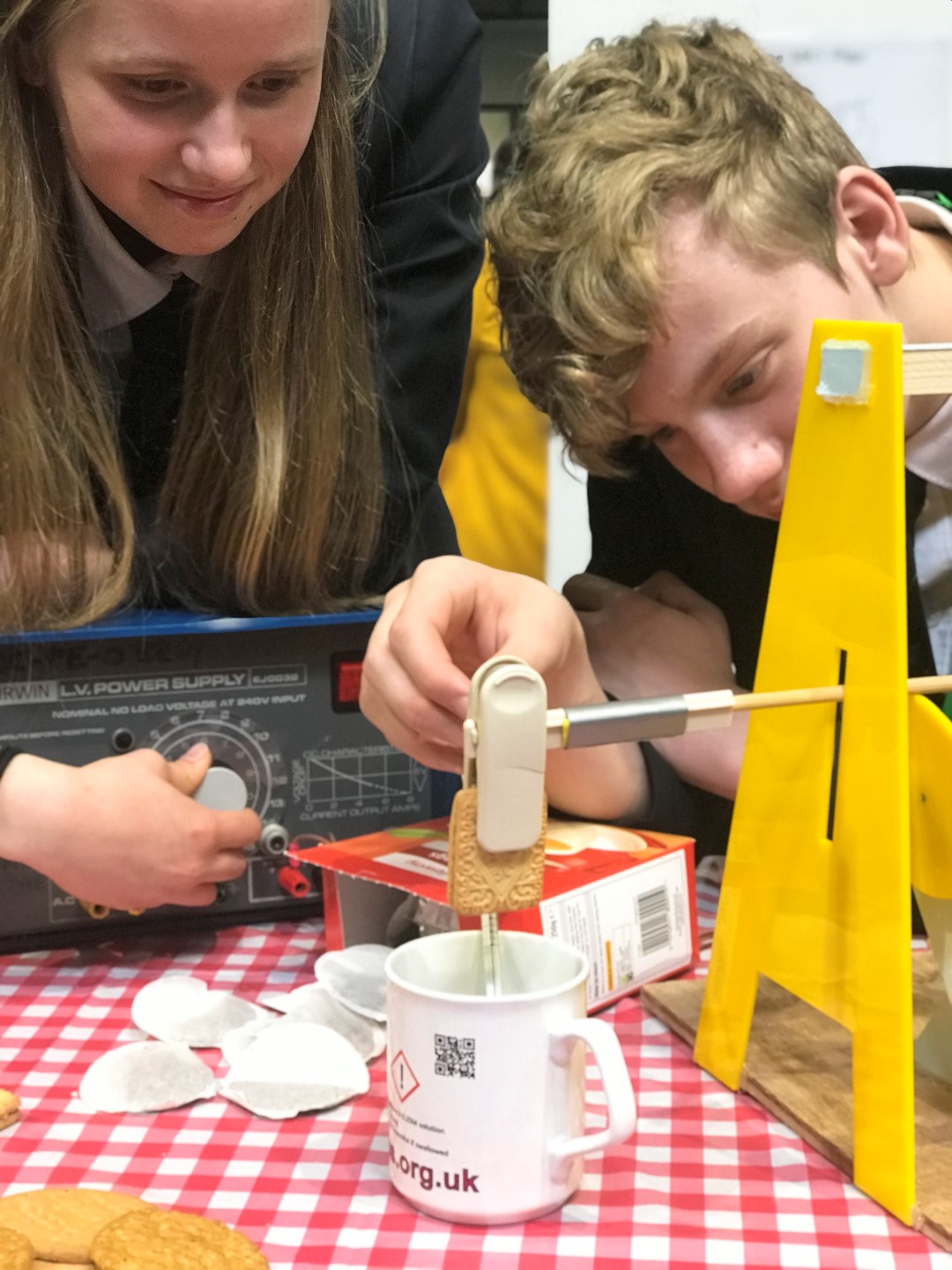 The team were thrilled to be announced as a winner of the regional finals and have been showcasing the machine in action to captivated audiences at every opportunity, particularly on the school’s Open Events. Since the competition they have also been hard at work refining and developing the project further during after school STEM club ready to compete, share their ideas and wow the judges in the Grand Final at the National Big Bang Fair in Birmingham from 13th – 16th March 2019.

“Much blood, sweat, tears and biscuits have gone into this project. The soldering and circuitry was challenging to get our heads around but we had a Eureka moment when we installed an electronic counter to finally perfect the dunker mechanism.”

“This is the second consecutive year Queen's Park High School has made it into the Big Bang National final and this is testament to the hard work, creativity and dedication of our students. We are also extremely grateful for the support from Trajan Science and Medical who have generously offered to fund the team’s travel to the National Finals in Birmingham.”

“Trajan are delighted to be able to support QPHS students and their travel costs, supporting science in education is a true passion of ours encouraging scientists of the future.”

After three busy days amazing the judges with their inspired and original invention the Year 10 team were not only nominated for the much coveted Competitors’ Choice Award but also announced as Runners Up in the prestigious Junior Science Award – one of only three schools out of the country to gain this accolade!! What a fantastic achievement! Well done 'team dunkers', we are incredibly proud of you! 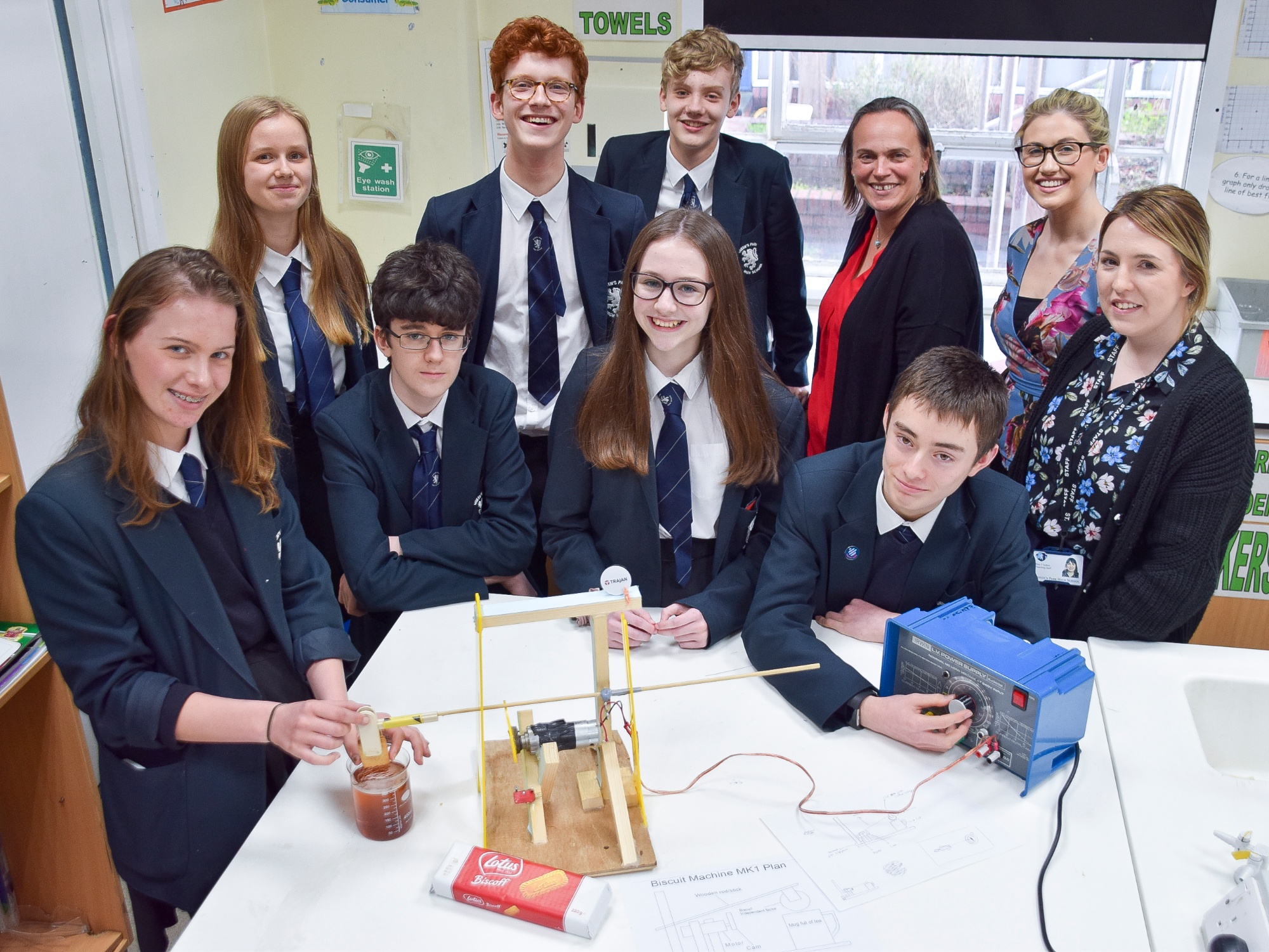 “We are immensely proud of all the students. To be named runners up in their category in this National Competition is an absolutely amazing achievement! We are over the moon!"

To coincide with British Science Week 2019,  Year 10 students are completing a lesson on STEM careers and all Key Stage 3 students are taking part in a range of science themed fun activities over the week.